↓
Home→Articles→Why a New Election Method is Required: The Failure of Current Systems

Bankrupt European economies and the out-of-control U.S. debt are problems symptomatic of democracies. Democracy was tried by Ancient Greeks, and similar problems occurred in ancient times. Plato, in the The Republic, listed several problems of democracy, among them:

Plato’s proposal was to create a communist-type government that was run by philosopher-kings, Ancient Greece’s version of the technocrat. His idea was to assign the most qualified and skilled person to perform important tasks of leadership and education.

While sympathetic to Plato’s desire to create a better society, Aristotle shot down many of Plato’s ideas in his Politics. For one thing, Aristotle understood that the most skilled people may not motivate the average citizen. He argued that one mother with 5 children could better educate them than a philosopher-king responsible for 1,000 children. First, the mother would be personally motivated to care for each child, while the teacher could not give such personal attention to all. Secondly, the teacher would primarily be motivated by the desire to seek an income for himself, and the learning by students he taught would be a byproduct, not the primary concern of the teacher. 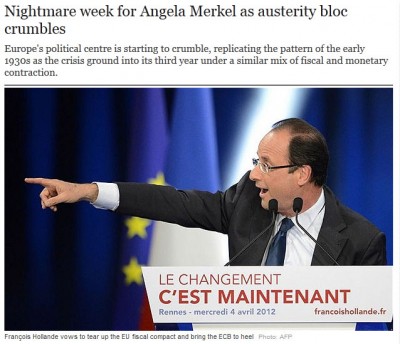 Our contemporary societies reflect both the problems with democracy that concerned Plato, and the problems with technocrats that concerned Aristotle. California’s referenda are examples of the inability of democracies to control money, for whenever a tax is put on the ballot it is voted down, but whenever a benefit is proposed it is approved. An understanding of human nature can predict this result. The mediocre quality of leadership can also be found to result from the method of election, and the way politicians must pander to the parties that fund them. This process disqualifies candidates that would exercise good judgement in leadership, and creates candidates that will follow the platform advocated by largest donors. Such platforms never reflect the best interests of a nation as a whole.

History has shown that republican principles that restrain the baser impulses of both citizens and leaders produce happier and more prosperous societies. From Hammurabi’s Code, and the Twelve Tables of Rome, to the United States Constitution, legal systems that transcend and restrain both individual and group selfishness will be found at the core of such societies. The United States’ recent decline is a reflection of abandoning its Constitutional principles. Europe’s woes also reflect a loss of connection to the historical lessons of European history.

The European Union’s  recent fascination with appointed technocrats has cost it the support of the average person. The elites of the world–whether the Soviets of the 20th century, or the 21st century aristocracies of Europe and America–have proven that they will inevitably ask the masses to pay for their mistakes. The European bankers have asked for increasing austerity from Greece, Portugal, and Spain. The United States’ elites bailed out the banks that committed fraud, and let honest small banks fail as a result of the housing bubble that fraud and related government loan guarantees created. The ruling elites appear to put their own interests first every time. While societies need qualified leaders, they need rules that restrict the behavior of such leaders.

Three things are required of good leaders: (1) skill, (2) popular support from citizens, and (3) separation from financial conflicts of interest. Today’s European and American systems of government fail to produce leaders with these qualities. Therefore, a new election process is in order. This should be a three-step process:

This proposed election process would need to be part of a larger constitutional system that would both reflect the lessons learned from history and the lessons we have learned more recently. Many of these are discussed in my book Life, Liberty, and the Pursuit of Happiness, Version 4.0.