Western-patented corn is forcing India's farmers out of business

Some large corporations are now using patents to gain monopoly control of products that have been used by traditional societies for hundreds of years. These patent abuses are particularly alarming in the areas of medicine and food, the things necessary to sustain life. When a large corporation controls the supply of medicine or food to entire populations, the situation is far more serious than a copyright on a book or patent on a better mousetrap.

Monsanto has been getting great scrutiny recently. They are gaining a virtual monopoly on the world’s food supply by controlling the market on seeds.

In the US, Monsanto owns 90 percent of soy, 85 percent of corn, and 95 percent of sugar beets — all genetically modified… When Monsanto purchased Semenis, just one of its many subsidiary seed companies, it gained control of an estimated 40 percent of the US vegetable seed market in one go — from peppers to peas, lettuce to lima beans.

The company’s seed library dominates the market so much that American farmers, even organic farmers, have little choice but to buy from them.—Ourfutureplanet.org

A monopoly on the food supply is sufficient cause for great concern, not only for prices but for health and human security. But perhaps worse has been the abuse of genetic patents by suits and legal action taken against farmers whose seed has been pollinated by Monsanto seed from neighboring fields. Farmers are being forced to buy Monsanto seeds or to pay fees for the use of the seeds they did not try to use and do not want to use. Monsanto says the farmer’s seeds contain Monsanto’s patented formula. From the traditionalist point of view, the argument can be made that private farmer’s corn was contaminated by Monsanto pollen pollution, and that Monsanto can only sell patented seeds whose pollination they can contain.

The nature of pollination, which is spread by wind and insects, is one of continual mixing of varieties of crops. The wide use of genetically engineered corn and other crops has raised alarm that traditional varieties of grains and vegetables may go extinct. Norwegians have constructed a “seed vault” to store copies of seeds that existed before genetically altered varieties so that, if necessary, they could be reintroduced following some bio-catastrophe caused by genetically altered foods. 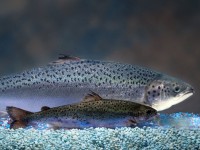 It is not only plants that are affected by genetic engineering. Genetically altered salmon, referred to by traditionalists as “frankenfish,” are causing the same concerns. They are likely to both destroy the traditional salmon gene pool, and displace them causing the extinction of the salmon we grew up with on two fronts.

Another form of patent abuse is developing in the pharmaceutical industry where charges of bio-piracy have been leveled against pharmaceutical companies that are patenting traditional medicines used by indigenous cultures in Central and South America and South Asia in the US or Europe where such medicines were previously unknown.

The United Nations World Intellectual Property Organization (WIPO) has recently expressed alarm that pharmaceutical companies are claiming patents for medicines that have been traditionally used for centuries, or obtaining laws that attempt to force people to buy industrially produced drugs at inflated prices. In a recent meeting in New Delhi, 35 countries discussed emulating India’s Traditional Knowledge Digital Library (TKDL), a database that documents traditional medicine treatments so that such claims on patent rights cannot be later made by pharmaceutical predators.

However, cataloged traditional medicines in a database or confining traditional seeds to a vault in Norway is a defensive measure that fails to address the core principles of patent protection. Patents were designed to stimulate invention, not theft. They were designed to expand new products, not to prevent self-employed people from continuing their existing business.

Corporations will use any means possible to use laws to gain a monopoly position. This is to be expected, and they will be rewarded on Wall Street. However, governments have an obligation to prevent one member of society from harming others. These types of patent abuses clearly harm others. In legal cases where patent rights are battled in courts, corporations have large amounts of money at their disposal to intimidate and trample over the rights of family farmers and indigenous peoples. The reason for patents is not to create a world dominated by a few corporations who become the world’s new feudal lords.

England originally developed patents and the US founders were worried about how they were being used at the time. When discussing a new patent applied for an elevator by a man named Evans, Thomas Jefferson wrote,

…his patent gives him no right to obstruct others in the use of what they possessed before.—Thomas Jefferson

It is time for governments to stand up to patent abuse by large corporations by both revoking patents on stolen intellectual property and assigning damages to people who have been previously forced to buy products they originally used from nature.

Sixty Organic Farmers Sue Monsanto They are suing against the previous patent ruling. Since the natural world is our common heritage, one should not be penalized for being the recipient of genetic pollution. Rather, GE plants and animals ought to be restricted to areas where unproven and unwanted results can be contained. Then they can compete with natural foods ethically.