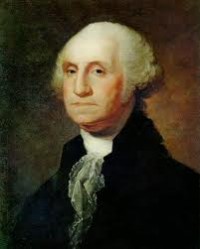 If the United States had heeded these warnings in George Washington’s Farewell Address, it would be a far more happy and prosperous society today. In 1787 Washington presided over the creation of the United States Constitution with some of the wisest men of his day. They understood social and political history, human nature and cunning, the temptation to consolidate power, and the importance of assent to a social contract.

When George Washington retired from office after two terms he set an example to the world for the voluntary limitation of power, something few Kings or rulers have had the character to do. However, his Farewell Address was equally important as it warned of dangers that could undermine the American experiment. These warnings were given from wisdom, experience, and a sincere concern for the future of the nation.

Many public schools in the past required knowledge of our political system and the reading of this speech. Every citizen ought to be able to understand why these warnings are important and how to defend against them. However today many public schools are aligned with a faction (their labor unions) and place their own interest above society.

In Life, Liberty and the Pursuit of Happiness, Version 4.0, I discuss in detail how the American experiment was undermined and hijacked by the very forces Washington warned against. It is amazing how perceptive he was of the potential dangers and how thoroughly his advice has been ignored, to the detriment of the United States.