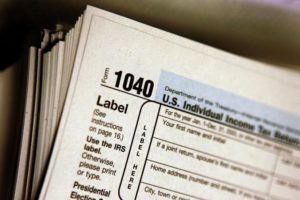 The U.S. Tax system is a tangled web of laws and regulations. Some serve US citizens, while others increasingly serve the selfish interests of powerful groups and government officials at the expense of a growing economy and thriving Middle Class. In January 2016, when numerous candidates were running for the presidency, I published a list of the best policies of some of the major candidates. For Donald Trump, I said that his best point was middle class tax reform, specifically reducing the income tax on corporations that was causing corporations to flee, outsource jobs, and keep money overseas. Now that he has been elected president, and has a Republican Congress, it is time to look at the possibilities for shaping a new tax policy that stimulates jobs and the economy, without harming the middle class, as U.S. tax policies often do.

When Trump was campaigning his website included the following tax proposals that would help the middle class: reduce corporation taxes to 15%, eliminate the need to file income taxes if you earn less than $50,000, a graduated tax that is moderately progressive based on four or five tax brackets. These proposals would help the Middle Classes and society as a whole:

(1) Lowering the corporate tax will enable more companies to produce goods profitably and competitively in the United States. This means, more jobs, more individual income tax payments, and more corporate wealth held overseas returning to the United States. Corporate income taxes are rooted in resentment and greed. In the best functioning system, they should be eliminated completely because they are a tax on jobs, work, production of goods, and foreign competitiveness and not a tax on wealth.

(2) Eliminating income taxes on those who earn under $50,000. This is not a new idea, it was the rule when federal income taxes were created. The moral assumption was stated by Congressman Murray during the 1913 session discussions.

There are those who would say that we should begin at $1,000… They forget the principle upon which this tax is founded, and that is that every man who is making no more than a living should not be taxed upon living earnings, but should be taxed upon the surplus that he makes over and above that amount necessary for a good living.(1)

There are at least three good reasons for not taxing low incomes. First: Taxing a person below the poverty line is like kicking a person who is down. It can be considered a form of slavery, exploitation, and a denial of the basic right to self-sufficiency.  Second, It is a truism that citizens need to be capable of governing themselves before they can make good decisions for the governance of the whole. A good society needs to promote the largest number of such citizens possible, for its own sustainability. Therefore, taxing people below the income required for a living is a form of societal suicide.Third: There is a huge cumbersome and costly IRS bureaucracy whose size could greatly be reduced if the number of tax filers were cut in half.

The income tax system we have today is not at all what those who instituted the tax envisioned. Congressman Borah later argued that

After a man pays the tax which he must pay on consumption, then give him a chance to clothe and educate his family and meet the obligations of citizenship and preparation of those dependent upon him for citizenship before you add any additional tax. That is the basis of this exemption, and it is fair and just to all and toward all.(2)

(3) Progressive taxation on incomes over $50,000 is based on the assumption that wealthier people will suffer less, having met their basic needs and having more surplus. Further, people who have more wealth, land, and property to protect are using a greater part of the government security forces and other services that they use. If the highest tax bracket is too steep (some of the the founders thought the federal limit should be 37%), then combined state, city, and federal taxes could exceed 100%, as they did in some Scandinavian countries in the 1970s. Trump recommended a top bracket of 33%, which is quite reasonable.

A decade ago the Pew Foundation studied the relationship between income and happiness. The results indicated that, on average, happiness increased with income up to about $150,000 and then it only made a marginal difference.(3) In a society where the stated goal is “life, liberty, and the pursuit of happiness,” this research would indicate less personal or social harm occurs on progressive increases on those families earning over $150,000.

I am not arguing here for more taxes, just because the are possible. However, a balanced budget is a sign of self control and social stability, so efficient government with the lowest taxes possible is desired, and if taxes are too progressive, people should have the right to move to another country, as competition between countries to provide the best living conditions for citizens is not a bad thing.

Tax Proposals after the Election

There are two major problems Trump now faces after being elected: (1) a Republican Congress, and (2) his promises to blue collar workers. Both of these groups have proposed, and are proposing socially harmful tax policies. Harmful policies suggested by Republicans include:

From labor unions Trump will be pushed to enact harmful protectionist policies:

Such legislation that helps one group at the expense of others violates the principle of equal justice under the law.

Taxes should serve the public good and do no social harm.

When examining tax policies, citizens should assess whether they are levied in a way that harms specific individuals or society as a whole, or whether they are the most fair way of taxing possible. Further, citizens need to make sure that in the distribution of taxes, some groups of people are not exploiting others.

The founders attempted to create a system of government with checks and balances that would allow good and prevent harm. Many of these checks and balances have been evaded by constitutional amendments, rules for passing legislation that circumvents the single subect rule, and the entrenchment of political parties into the system that enables large party donors to hijack the government for their own purposes, rather than the interest of the people.

If you tax something you get less of it. If you subsidize something you get more of it. A good tax system should tax wealth, not economic production or jobs. If you tax work, jobs, and corporate income you will get few jobs, less productivity, and fewer producers. If you tax wealthy people you will get fewer people with great wealth. There is great merit to the argument to eliminate corporation taxes and to rather tax individuals when they pull wealth out of corporations for themselves. More jobs and more corporations ultimately means there will be more wealth to tax.

Donald Trump’s 2016 tax proposals served the interest of good government, the middle classes, and a fair tax system. Already, his 2017 tax proposals seem to be including elements of the harmful tax polices pushed by influential people his political base–the establishment Republicans and industrial labor leaders. Those harmful taxes were not why most people voted for Donald Trump. Will he have the resolve to resist harmful taxes pushed by the Republican Congress or industrial labor union leaders? That will be a test of what metal he is made of.

There are many other problems the U.S. government needs to solve that other 2016 candidates proposed. As I mentioned in Bernie Sanders’ idea of restoring the Glass-Steagall Act would help “drain the swamp” of the inordinate influence banks have over both political parties, and the entire country as a result. Donald Trump is not likely to pick up on this idea, given the people he has appointed to cabinet positions. Already, his idea of clawing back on Dodd-Frank–a big bank band aid on the corruption that resulted from the repeal of Glass-Steagall in 1999, seems to be a further cave in to selfish banking desires to gamble with their investor’s money.

Finally, reform of taxes, immigration, or any issue in the end depends on reducing the entrenchment of the two major political parties into the system and the hateful partisanship this creates. Their are many ways the parties have established themselves and in my August 2 blog post, I mentioned one simple example that causes extreme harm to the voting system–listing party affiliation of candidates on ballots. This party entrenchment is similar to religious entrenchment, for example the hostility the imposing Sharia law would cause, and the political party fundamentalism shares much in common with religious fundamentalism the founders tried to shield the government from with the First Amendment establishment clause. Political parties, like religions, are voluntary associations, and should be treated the same way as other voluntary associations–at arm’s length.