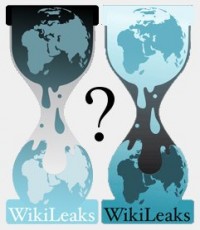 People are wondering how to assess Wikileaks

The Wikileaks site has created turmoil because it represents a contest between two major principles of governance: security and transparency. Modern political theory since Hobbes argues that security is the main reason for a government to exist. It creates a rule of law that protects people from “the state of nature” which is anarchy. On the other hand, transparency gives a government legitimacy, for if the rules are unknown or if some people are treated by rules different than the social compact, the political system is considered unjust and the state is likely to stumble or fail.

In a democracy, where the people are supposed to be in control of their own government, transparency of government actions is essential for the people to keep power. Knowledge is power, and the persons with the most complete knowledge tend to have greater power. This is also true in the economic sphere where special knowledge can lead to greater wealth. Economist George Stieglitz shared a Nobel Prize in Economics for his work on information assymetry. He raised the ire of many people in both Washington and the International Monetary Fund. His demands for greater transparency posed a threat to those with great power and great wealth.

Wikileaks is also a challenge because its leaks cover that blurred area between sovereign states and global community. On the one hand, there is a rising consciousness that all people of the world have equal dignity and rights and ought to be treated the same. On the other hand, we have states with sovereign power that want to put national interests and security above global justice.

In my chapter on transparency in Life, Liberty, and the Pursuit of Happiness, Version 4.0, I offered a “golden rule of transparency”:

There are genuine security interests at stake related to Wikileaks, and the PFC who sits in jail for divulging classified information deserves to be there. However, as Rodney B. McDaniel, Executive Secretary of the National Security Council under President Reagan said, only 10 percent of classification is “for legitimate protection of secrets.” President Clinton declassified over 200,000 older documents, but this caused fear in the hearts of the bureaucrats  under his administration and even more after 9/11. Unnecessary classification of documents actually increased after Clinton’s transparency efforts.

There needs to be stricter criteria for what gets classified. Most documents classified in the name of security are for the purpose of hiding abuses of power, like Adam and Eve’s use of a fig leaf, and not to provide genuine security to citizens. With respect to transparency, our systems of government are dysfunctional. More transparency would create better government and more honest bureaucrats. It is currently way too easy for bureaucrats to abuse citizens in the name of security.

Good journalists know that, as a rule, if people are hiding something it is to protect themselves from others learning about something they shouldn’t have done. Or, they are keeping some secret that gives them unjustified power. Most of what gets called “national interest” is some “special interest” masquerading as national interest.

Take a look at the content of the Wikileaks releases, if the website isn’t shut down, and determine how many of the over 250,000 cables reveal genuine security concerns. These cables are written by agents of U.S.citizens, and as agents they work for the citizens. In this respect, there is a greater argument for monitoring public communication than the conversations of private citizens, as citizens need the knowledge to hold their agents accountable.

Agency theory is inadequately understood and improperly implemented in most modern political and financial institutions. Agency involves a transfer of power from the principal (citizen or stockholder) to the agent (a CEO, legislator, or bureaucrat). When agency involves a few people in face-to-face relations it is fairly easy to hold an agent accountable, however in their research done in the 1930s, Berle and Means noted that the interests of corporate managers and shareholders diverged in practice and that millions of passive shareholders translated into the “absolute power in the corporate managements.” The same principle applies when one U.S. Senator is elected as the agent for 10 million people. It is very difficult for individual citizens to hold senators accountable after they are elected.

Wikileaks violated genuine security concerns, but it also should serve notice that genuine agency and transparency concerns exist and that transparency and proper checks and balances are woefully lacking in the modern world. Corruption and abuse of power seek to cloak themselves under the banner of security interests in order create elite ruling classes that are a threat to the security of those they are sworn to protect and the constitutions they are supposed to uphold. Citizens in both the United States and the European Union are witnessing the fruits of their lack of vigilance. This is a core underlying concern and reason for the rise of the “Tea Party” movement and its European counterparts. Such movements will continue arise as leaders of the so-called “free world” continue to violate the major principles of sound governance and hide corrupt actions under veils of secrecy.