↓
Home→Articles→Economics→A Government Shielded from the People 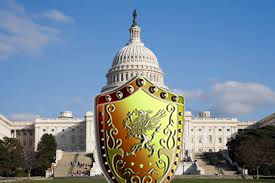 A government shielded from the people

The United States was established to be “a government of the people” and, in Abraham Lincoln’s day, that was still largely true. However, today individual citizens have very little influence over legislation or government expenditures in the United States. Political power has shifted to the political parties and the government bureaucrats. This shift of power occurred gradually with the passage of laws, constitutional amendments, and legislative processes over the last 200 years.

These laws and processes eliminated checks and balances on power and enabled the largest political party contributors, through their elected representatives, to control legislation and the appointments of bureaucratic leadership. Individual citizens, local citizens groups, and unbiased independent policy analysts have very little influence over state and federal governance.

The 2015 legislative session in Minnesota can illustrate some of these problems. After the session, I published a synopsis in a “Spotlight Letter” in the St. Paul Pioneer Press.

Of 80 bills passed by the legislature, 54 were unanimously passed or passed with fewer than 5 “No” votes between the two houses after they emerged from committee. Of the 26 bills with dissension, 10 bills were omnibus bills that contained all the spending measures, good and bad, Democrat and Republican, with so many provisions that all legislators could justify their votes either way based on highlighting selected provisions. This left a total of 16 rather innocuous bills that citizens can evaluate the performance of legislators on, pretty much removing them from public scrutiny.

There are still elections in which the people vote. But the people do not usually determine who will be on the ballot. While idea of “grassroots” organizing is still ingrained in the American psyche, such organizing is not a “bottom up” process that determines who will be on the ballot. For example, in the 2010 gubernatorial election, Margaret Anderson Kelliher won the Democratic Party endorsement at the state convention after appearing at dozens of local events and winning the support of active local democrats. However she lost the Democratic primary election to Governor Mark Dayton, who essentially bypassed the convention. Rather, he secured the endorsement of labor unions on other moneyed interests by promising to be their advocate as governor. He won the Democratic primary by handily outspending the grassroots candidate in media advertising.

A sound understanding of human nature can easily explain the reasons that American citizens lost control of their government. Every person, by nature, seeks to advance themselves in authority and the resources they command. When you seek to advance yourself in a competitive market, you need to provide something other people want at a competitive price. You don’t sell you product unless you make the buyer happy. Thus, competitive markets force people, more than cultural teachings or political institutions, to serve others and create win-win results. Such markets lead to economic growth and development. For the greatest prosperity, government should regulate markets in ways that (1) keep them competitive (making quality high and prices low) and (2) protect citizens from fraud or harm.

Governments, by nature, operate by law with monopoly power. People have to take whatever services are offered by the government at whatever budget the government can get from the taxpayer through legislation. For a government bureaucrat, agency, or contract recipient to improve their own lot each year, most important is to get a larger budget, and if not they must ration services from the slice of the economic pie they receive. This, by nature is a win-lose situation. Someone will not be happy. Either the services will be rationed, causing unhappiness for recipients of services, or government jobs will be cut, causing unhappiness for government workers.

The problem is not that bureaucrats are bad people. The problem, as the Marxists would say, is with the system, not with the people. The self-interest of people in government leads them to behave in a way that is against the self-interest of the rest of us. You remember Adam Smith’s famous law of the invisible hand: People who intend only to seek their own benefit are “led by an invisible hand to serve a public interest which was no part of their intention. I say that there is a reverse invisible hand: People who intend to serve only the public interest are led by an invisible hand to serve private interests, which was no pan of their intention.

I believe our present predicament exists because we have gradually developed governmental institutions in which the people effectively have no voice. A recent study by James Payne brought this home to me very clearly. Examining fourteen different government hearings dealing with spending issues, Payne found that “1,014 witnesses appeared in favor of the spending. Only 7 could be classified as opponents. In other words, pro-spending witnesses outnumbered anti-spending witnesses 145 to 1.” Striking as that is, an even more important finding was that “of the 1,060 witnesses who appeared, 47 percent were federal administrators, and another 10 percent were state and local officials. An additional 6 percent were congressmen themselves.” Thus 63 percent of the witnesses in favor of the spending were from government. They were telling us that they should spend our money. I won’t say for their benefit but for what they believed.

Selectively calling witnesses, as described in the paragraph above, it only one of many ways in which the US system of governance has shielded itself from the voice of the people. Consider the behavior of individuals in a bureaucracy like the FBI. It is absolutely essential for an employee in an agency to first focus on the wishes of their institutional boss. Otherwise, they will lose their job. Therefore, when FBI Whistleblower Colleen Rowley warned that Zacarias Moussaoui might be a terror suspect, the mid-level bureaucrats in the FBI were more focused on passing down the wishes of the FBI leadership than passing up information from the field.

This is an example of human nature at work in government agencies as they constructed today, agencies whose heads are appointed as rewards for loyalty to the political party of the president. The important point of such appointees, is to be loyal to the president, who is their boss. Such positions are not generally occupied by people with the best skills, nor are designed to be responsive to the people they were created to serve. As a rule, an agency that has outlived those who created it no longer embodies the ideals as something to which employees sacrifice, but positions become viewed as “jobs” before anything else. And, when government labor unions enter the scene, protection of these jobs at whatever cost to the people becomes paramount.

This problem can be fixed. Laws that allow political parties and bureaucrats can be repealed. To do so, legislation must be based on systemic functionality, not political pressure. Things like forbidding political party affiliation on ballots, restriction campaign contributions to individual citizens who can give no more than $100 per candidate per campaign, would have huge consequences. Voters would have to become aware of candidates skills and would be unable to vote “party line.” Candidates would be restricted in the funds they could use for mass marker advertising and journalists would be forced to return to investigative reporting rather than commenting on ad campaigns. The power that the money that influences politics represents would be widely distributed across a large swath of citizens with labor unions, corporations, and other interest groups ending up less important for re-election.

My book Life, Liberty, and the Pursuit of Happiness, Version 4.0 provides an overview of how a constitutional representative republic was turned into a plutocracy and ways to return the present government to its original purpose of serving its citizens. It explains how each law or rule that gave more power to political interests is similar to a computer virus that feeds itself by taking information or memory from personal computers. Anti-virus software must be constantly updated to keep computers running free of infection. So it must be with legislation. We must change our system of governance from one infected with self-serving processes to a smooth operating system that governs society efficiently. The laws that prevent political viruses must be recognized as more important than the use of a political party by a citizen, or a bureaucratic office by a government administrator, to gain something for themselves at the expense of the whole.