The 2014 MN Legislature will be taking up legislation on Sunday Liquor Sales. After a comment on that I made on the Facebook page, I was invited by Walter Hudson to speak about unproductive government and the government’s role in promoting cultural decline and the erosion of the middle class at the Republican Liberty Caucus on January 16. This has implications for tax policy generally, including principles to keep in mind when producing legislation on alcohol sales. 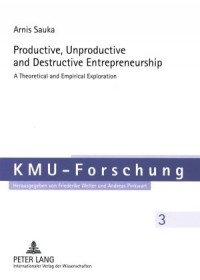 In my Facebook comment, one of the main points I mentioned was our shift from a productive to an unproductive economy in the United States. Economists refer to three types of entrepreneurship: productive, destructive, and unproductive.

The United States was created for self-sufficient people who produced and traded what they needed to live. Rule of law protected private ownership of property and put destructive entrepreneurs in jail. Our founders were primarily worried about “unproductive entrepreneurs” and tried to create a system of governance that prevented them from manipulating laws. Families and private sector organizations cared for those unable to provide for themselves. Thomas Jefferson’s agrarian philosophy provided enough ownership of land for everyone to be self-sufficient, and he wrote in a letter to James Madison in a letter in 1787 (December 20):

I think our governments will remain virtuous for many centuries, as long as they are chiefly agricultural, and this will be as long as there are vacant lands in any part of America. When they get piled upon one another in cities, as in Europe, they will become corrupt as in Europe.

The U.S. economy continued to grow after vacant lands had become occupied due to a new form of productive entrepreneurship: the industrial manufacture of goods and services. The industrial economy of the US provided middle-class jobs to workers in corporations that collectively produced goods that added to the value of the economy. Industrial jobs picked up where agrarian life had left off but, from the beginning, large industries sought unproductive relationships with the government by arguing that their importance to society demanded government protections or subsidies. The government was often hard-pressed to resist such lobbying and eventually rewrote many laws to reward unproductive entrepreneurship and eventually concentrate political power and wealth in America.

There is a connection between the legislation promoted by unproductive entrepreneurs and the centralization of wealth and power in America. Centralized wealth promoted industrial globalization that led to increased economic disparities as industrial work was outsourced to overseas producers, and the distribution of these mass-produced goods was achieved through large chain stores that pay most unskilled employees low wages. This system, largely bankrolled by tax-deferred retirement and pension funds, is destroying the American middle class. We are moving from a society of middle-class owner-producers to a form of industrial feudalism that parallels the agrarian feudalism that followed the collapse of the Roman Empire and the end of its large middle class.

The expansion of this new industrial-based serfdom is beginning to have a major impact on legislation, as non-producers in cities swell the ranks of voters. Since there is less income from wages on production for governments to tax, governments are moving in two directions: crony capitalism and the exploitation of citizens’ weaknesses or sin. We saw this type of unproductive legislation unleashed by Democrats in the last legislative session when there was single-party rule and it is a portent of the future. The unproductive entrepreneurship in the United States is beginning to resemble the political behavior found in the less developed economies. As the middle class shrinks, governments have become desperate and entrepreneurial in finding new forms of income not derived from economic productivity.

Blue laws were originally designed to support economic productivity. They were implemented largely because parents needed a day of rest with their families in order to begin the new work week refreshed and ready to produce. And, Sunday has been a family day where parents can transmit their values to the next generation. In short they had a useful social purpose that could be agreed upon by communities that encouraged productive, functional, and self-sufficient families as the foundation of society.

The problem with blue laws is their implementation at the state level. This is because any type of law that can be viewed as state-imposed morality is a form of cultural and structural oppression forced on all those who believe differently. In a pluralistic society this is a form of structural violence. Our state blue-laws related to selling liquor, automobiles, other products on Sunday are a bad idea at the state level, but not necessarily so at the local level. I lived in Bergen County, New Jersey where Blue Laws even closed malls on Sunday, but I could drive a few extra miles and still shop if I wanted to.

In a multi-cultural society there are many different beliefs related to many social issues: marriage, family, education, alcohol, work-week, prostitution, drugs, etc. State laws and Supreme Court decisions that impose uniform morality on such moral issues will inevitably trample rights of religious liberty, freedom of association, health care choice, etc. Such laws delegitimize the State or the Courts when they coerce people to adopt the group morality of the State elite and are forbidden to practice their diverse cultural traditions. However, preservation of voluntary communities and local laws allows various groups, like the Amish, to continue their preferred cultural lifestyles and pursue happiness as they wish.

This is why, in my book Life, Liberty, and the Pursuit of Happiness, Version 4.0, I stressed “subsidiarity” should be a core principle of government of any free society. Take for example Santa Fe, New Mexico, where building codes specify that all buildings must be made to look like the traditional adobe buildings. This city law creates a cultural atmosphere, but does not enforce everyone in the state to build in that style. Some people can move there if they like it, and they are free to move out if they want a different type of house. The law represents a form of freedom of association, but if it were enacted on the state level it would inhibit architectural creativity and promote monolithic boredom. The same is true when the state gets involved in public schools and asserts uniform standards on people of many different cultural backgrounds. This is why religious schools, charter schools, and schools promoting the values of various cultural groups cause less structural alienation and violence than a state or federal monopoly on schools.

Government regulation of alcohol, smoking, prostitution, and other “sinful” activities at a local level is consistent with the concept of pluralism, but interest groups and party politics are being increasingly used to impose cultural laws at the state level. This both restricts the continuation of local practices and imposes undesired cultural practices on large populations. It becomes a form of tribalism that in many ways parallels the rivalry between the Hutus and the Tutsis for control of the Rwandan state. Our political parties today behave in a very similar way when they gain control of a government.

Political parties are using unproductive government entrepreneurship to involve the state and federal governments in cultural issues as a new frontier for government revenue as the self-sufficient middle classes disappear. Minnesota liquor licenses were traditionally issued by cities and counties, and this is as it should be. However, 7 newer types of liquor licenses are now charged by state Department of Public Safety, which sees these revenues as funding programs to make highways and public transportation safer. And, state-written literature talks about how Minnesota is one of the few states in which cities and counties regulate liquor. The state blue laws that exist may be a remnant of a more monolithic view that existed in the past, but in my view the state should neither establish them nor strike them down at lower levels of government. There is a general tendency of consolidated power to bypass the principle of subsidiarity essential for a free society, and impose a uniform moral code on everyone in the state.

Libertarians and progressive Democrats often agree on legalizing and taxing many “sinful” activities because libertarians believe people should be free to engage in any activity that does not hurt others, and progressives are always on the lookout for new ways to expand government revenue, and there is less resistance to a tax on sin than a tax on wages. But the real focus should be on getting the state out of these activities and letting local communities establish their own laws.

As the US is moving to a less productive economy, government acts more desperately to guarantee its own survival than the well-being of its citizens. It began with the case of the lottery, moving in to corner the market on gambling. Its advertising with public funds caters to the poor and uneducated, preying on their vulnerability with get-rich-quick promises. While one can argue that gaming is a legitimate form of entertainment, one can also argue the government has revealed its own fallen nature by preying on societies most vulnerable rather than protecting them.

Then, under Mike Hatch, it sued tobacco companies but did not return the windfall to the citizens. Now, the government has itself has become an addict, with politicians wanting to believe the hype that more gambling would help pay for a new Vikings Stadium. Not only were optimistic numbers crunched and believed for the pull tabs, but their proponents failed to mention that the gambling market is now fairly well saturated, and one of the strongest opponents of more state gambling is the DNR, which expects to see lottery revenues shrink as people play other newer games instead. Thus, the government has become engaged in an unproductive war with itself.

The state of Minnesota, and its two party system, has severely impinged on the principle of subsidiarity and is sowing seeds of mass monotony, unrest, and violence. An impersonal bureaucratic state cannot replace the interpersonal relationships in local communities. Such relationships are essential to the growth and development of the type of people necessary for a state to survive. By involving itself in the promotion of specific moralities, the state itself is engaged in committing suicide.