Many Agencies are Failing or Counterproductive

Regulatory agencies have the well-intended purpose of regulating industries that may create risks to the public. This is an extension of the idea that the role of government is to protect the citizens and create a safe environment in which they can pursue life, liberty, and happiness. But regulatory agencies rarely live up to this task. They tend to become government lobbies and protectors of the industries they are supposed to regulate. 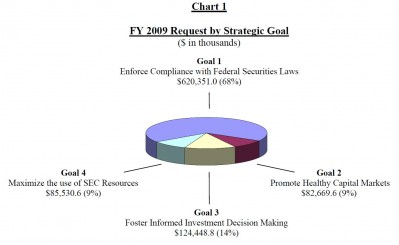 Can such an agency be reformed? Should it exist? Are other regulatory agencies suffering the same problem?

The FDA: Another serious failure is the Food and Drug Administration (FDA) to be a consumer advocate for safe food and drugs. Americans pay several billion dollars a year to support an agency that seems to be complicit with agribusiness in a system that leads to increased cancer rates. President Obama’s health legislation is aimed at providing money to treat more cancer, not to reduce the reasons cancer rates are rising. The FDA could be regulating the use of toxic materials in fertilizers and foods that find their way into the human body.

The U.S. Food and Drug Administration is requesting a budget of $3.2 billion to protect and promote the public health as part of the President’s fiscal year (FY) 2010 budget — a 19 percent increase over the current FDA fiscal year budget.

With a budget of over $3 billion the FDA has approved use of Bovine Growth Hormone (RBGH) in milk and beef. There are a number of studies that link the use of these synthetic hormones to increased breast cancer, colon cancer, and prostate cancer. Today 1 in 8 women is likely to contract breast cancer. The number was 1 in 20 fifty years ago and even lower in the past. There are also increased percentages of the other cancers. Europe has banned the import of U.S. milk and beef, which it considers unsafe, yet the FDA continues to approve many new genetically engineered foods that lead to increased profits for agribusiness. The FDA’s track record on regulating large pharmaceutical companies is no better.

Conflict of Interest: Who Regulates the Regulators?

Nearly all regulatory agencies like the SEC, the FDA, the Federal Aviation Administration (FAA), the Nuclear Regulatory Commission (NRC), and the Federal Communications Commission (FCC) suffer from leadership by people who are “experts” because they have worked in the industry before being appointed to the agency, and many plan to go back into the industry after they leave. If they were to be seen as opposing industry interests while serving an agency, their personal careers would be in jeopardy. Hence there is an incentive for such regulators to act on behalf of the industry.

Agency heads are appointed by Congress. Doesn’t this offer protection? Initially Congress establishes agencies with the purpose of regulating an industry and protecting the consumer. This is how the SEC was created after the collapse of Wall Street and the Banks that led to the Great Depression.  But lobbyists for large companies provide incentives and rewards to the legislators who appoint regulators whom they approve. After the first term of  a regulator of a new agency has expired, it is more likely that his successors will be advocates of the industry than of the citizen, or maybe just cashing their paychecks and looking the other way.

What About a New Bureaucracy to Watch the Watchdog?

If an agency has shown its inability to regulate itself, what might be a government solution? Another “independent” bureaucracy to monitor the failing bureaucracy is your typical bureaucratic answer. This is because the bureaucracy ultimately retains control. It is a form of self-regulation. The SEC, when it encountered problems, set up the Office of the Inspector General (OIG). This is like allowing the American Medical Association (AMA) to regulate medicine, or an association of bankers to regulate banks. In the end you have to look at conflicts of interest and “follow the money.” “Who is paying the bills?” “How do they represent the citizen?” These are the questions to ask.

In the end, many Americans, including legislators, still believe that setting up a regulatory agency will keep an industry in check. They believe it will regulate the industry on their behalf. However, incentives are not structured for an agency to work on the citizen’s behalf. The employees work on the agency’s behalf, and the agency usually becomes a government arm of the industry it is supposed to regulate. It becomes a center of government dysfunction and waste.

Who Are the Citizen’s Advocates?

Citizen’s advocates in present day America tend to be people that have suffered bankruptcy, disease, or the loss of a loved one due to the existence of an unsafe condition. And, there are industry insiders who become “whistle-blowers.” Many people are aware of Ralph Nader’s campaign that led to requiring padded dashes and seat belts in automobiles. Today organizations like True Food Now spring up in the civil society to point out the dangers of things like bovine growth hormone. These organizations are often living on the edge of financial solvency depending on charitable donations from other citizens who believe people need to be protected from something. They are often at odds with the large regulatory agencies that have the attention of the legislators. The regulatory agencies are likely to ignore and oppose these consumer groups and become a roadblock to legislation–using billions of citizen tax dollars to fight citizen interests. The system is seriously dysfunctional.

Other citizen advocates are found in private research institutions like universities, where research is less likely to be biased than in industry-controlled agencies. Nevertheless, donations by industry to universities often have the same effect. In the final analysis, we have to conclude that no institution—no think tank, no government agency, no university department—is exempt from institutional incentives that may pit the institution against the safety of citizen it claims to protect.

The three branches of government were designed with separation of powers for good reason. While Congress makes the laws, the department of justice was created to enforce them, through a process whereby citizens can bring lawsuits against offenders.

A regulatory agency would better perform as an agency under the justice department that uses tax dollars to defend citizens harmed by industrial activity. They could essentially be a team of public lawyers that would investigate wrongdoing and bring lawsuit against the offenders on behalf of the citizens, eliminating the more dysfunctional process of class-action lawsuit where a lawyer’s winnings, not consumer protection, is the primary goal.

Congress makes the laws that agencies like the SEC are supposed to enforce, however rather than spending $913 million in 2009 for an agency that failed to regulate Wall Street, I would recommend spending a small portion of that amount for a team of lawyers that would investigate the claims of citizens and whistle-blowers and prosecute on their behalf.

These agencies would provide feedback to Congress—who are societies’ programmers that should be writing anti-virus code leading to “Version 4.0″—and propose further regulatory laws that would prevent harm to the citizens. Such an agency would be better in proposing laws related to reform than an agency with a conflict of interest, like the SEC, or by allowing lobbyists for the industry to produce the laws, coopting the legislators who are supposed to represent the citizens.

Replace the Agencies as they Exist

By creating new regulatory agencies as defenders of citizen interest under the justice department, we would eliminate much of the industry corruption in congress, and save billions of taxpayer dollars in the process. Of course, this is not as simple as it sounds. Not only do we have to fight entrenched interests to restructure such large federal agencies, and enact tort reform, but much of the work agencies do related to approval of products, has to be reconsidered. This is a longer discussion than we can address in this blog, however, the main conclusion is that we can make government agencies much more effective and much less costly by addressing systemic reform of the concept and function of government agencies.